Melview Red Angus off to Spain 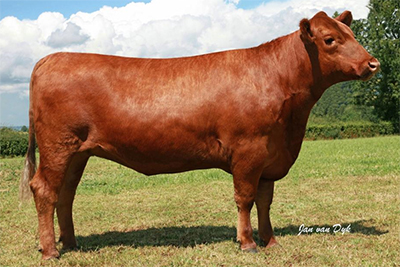 The team at Melview are delighted to announce that four fantastic females from our red Angus programme have just been sold to Spain. These super young cows and heifers come from our Geraldine and Tayla cow families.

The three heifers and one heifer calf at foot have been purchased by Nigel Hammill for one of his best friends and customers in Spain, Peramato Angus, who are large Angus breeders on their farm near Salamanca.

Commenting on the sale Paul Westaway, owner of Melview Angus said: “We are really excited to be sending such brilliant stock to such a prestigious farm in Spain, we really enjoy working with Nigel Hamill and his international customers. What’s even more pleasing about this group of cattle is two of them trace back to a cow we bought from Nigel’s Tegsnos herde in 2006 when we started breeding Angus cattle. That cow is still on the farm and has just calved again as a youthful 14 year old!”