A Summer National Show beyond all expectations!

So just as Team Melview are settled in up north at the Royal Highland Show for the second leg of our crazy fortnight, here’s the low down from what was in every way an “awesome” Summer National Show for us at the Royal Three Counties Show.

Our rather large show team didn’t disappoint on any level and leading the way for us from the show ring was Melview Patricia who took a class win in the intermediate cow and calf class and then went on to stand reserve female champion under judge William McLaren of the noted Netherton herd. Having won her junior heifer class, Melview Ginny went on to take the junior female championship, as well as reserve junior overall behind the overall champion from the Rosemead herd. Ginny also teamed up with Melview Keira to win the exhibitor bred pairs championship. 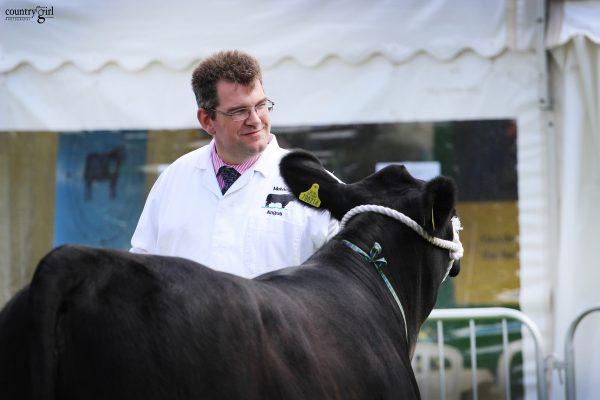 Then in the autumn born bull calf class, Melview Poptastic won his class and stood reserve bull calf champion, while our senior bull, Blelack Dynamite won the senior bull class and represented the breed in the interbreed pairs and group of three. Topping off a fantastic show for us, Melview took the award for the best herd presentation in the entire cattle section.

The hard work that’s gone in to getting ready for this amazing show has been huge from the whole team, so from Kirsty, Ellie, Georgie and myself we must say a huge thanks to everyone involved.
0